Banning Speech in the Public Space 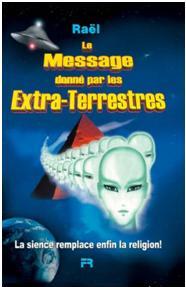 The recent Article 10 judgment in Mouvement Raëlien Suisse v. Switzerland merits some close attention given the important questions of principle which are     arguably involved. The First Section of the European Court found no violation of freedom of expression where Swiss authorities had banned a poster campaign by a quasi-religious association.

The police authorities refused permission for the poster campaign on the grounds of public order and morals, and the domestic courts upheld this decision. The Swiss courts held that although the poster itself was not objectionable, because the Raëlien website address was included, the Courts had to have regard to documents published on the Raëlien website. The courts held the poster campaign should be banned on the basis that: (a) there was a link on the website to a company which provided cloning services; (b) the association advocated “geniocracy” i.e. government by those with a higher intelligence; and (c) there had been allegations of sexual offences against some members of the association.

The applicant association made an application to the European Court arguing that the ban on its poster campaign was a violation of its right to freedom of expression under Article 10 of the European Convention.

At the outset, the Court stated that the case raised a novel issue which had not been considered before by the Court, namely whether the domestic authorities should allow the applicant association disseminate its ideas through an advertising campaign by making the “domaine public” available.

Importantly, the Court held that the domestic authorities have a wide margin of appreciation where the authorities wish to regulate the use of the “domaine public”, accepting the Government’s argument that allowing the poster campaign might have implied that it endorsed or tolerated the views of the Raëlien Movement.

Moreover, the Court reasoned that because the Raëlien website was available to minors, the impact of the posters was greater, and thus there was an increased state-interest in banning the poster campaign.

The Court then approved the carefully reasoned (“soigneusement motivé”) decisions of the Swiss courts. The reasons given were relevant and sufficient, with the Court finding it legitimate to have regard to the Raëlien Movement’s views on cloning, and finding the allegations of sexual offences disturbing.

Finally, the Court held that the ban was a proportionate limitation on the right to freedom of expression, as the ban was limited to the “domaine public”, and other means of communicating were available to the Raëlien Movement. Thus, the Court concluded that there had been no violation of Article 10.

While some may dismiss the Raëlien Mouvement as farcical, or even dangerous, these views must not cloud the assessment of the principles involved in this judgment. It involves how the Court will assess interferences with speech in the public space, and four short points must be made:

Firstly, the Court perceived the question before it as novel in nature; however, it curiously distinguished an earlier judgment from the Second Section in Women on Waves v. Portugal which held that where a ship had been banned from Portuguese waters where it was intended to engage in the dissemination of pro-abortion information in a Portuguese port was a violation of Article 10. However, the Court in Raëlien described Women on Waves as concerning a different matter, namely the use of the “espace public et ouvert” (para. 50). This is questionable, given that postering in public places and holding pro-abortion workshops in a port would seem to be analogous.

Secondly, the most fundamental criticism that may be levelled at the First Section involves its conclusion that the domestic authorities enjoy a wide margin of appreciation in regulating the “domaine public” on the basis that the city authority did not want to create the inference that it supported or tolerated the views of the Raëlien Movement. This is an arguably dangerous proposition to accept: it allows domestic authorities greater discretion to prohibit speech in the public space because it disagrees with the content of the speech or the views of the speaker, as opposed to content-neutral considerations such as space or aesthetics; and could be applied to political groups wishing to use the public space.

Thirdly, the consequent wide margin of appreciation allowed the First Section to hold that the reasons given by the Swiss courts were relevant and sufficient, referring to cloning, geniocracy, and allegations of sexual offences. There was nothing illegal in advocating cloning or geniocracy, and could be regarded as protected opinions on matters of public interest (Lingens v. Austria, para. 38), and additionally the allegations of sex offences were just that, allegations. It must be emphasised that the Raëlien Movement was not a banned organisation, nor had it violated any law.

Finally, the Court failed to apply the principle that Article 10 not only protects the substance of the ideas and information expressed, but also the form in which they are conveyed (Thoma v. Luxembourg, para. 45).

For the sake of completeness, it is interesting to note that the German Federal Constitutional Court last week issued its judgment in the Fraport Airport case which held that a ban on entering an airport to distribute leaflets was a violation of the right to freedom of expression. The airport was deemed a public space (see summary by Prof. Dirk Voorhoof, Ghent University, here).

Rabczewska v. Poland and blasphemy before the ECtHR: A neverending story of inconsistency

Blasphemy and Choudhury v. the United Kingdom revisited in light of the attack on Rushdie

Join 4,183 other subscribers
We use cookies on our website to give you the most relevant experience by remembering your preferences and repeat visits. You may visit "Cookie Settings" to provide a controlled consent.
OptionsAccept All
Manage consent